In Two Centuries, We Have Learned Little About Governments

I reread Frederic Bastiat’s classic essay, “What Is Seen and What Is Unseen,” on the weekend. It is from July 1850 and clearly identifies ways of thinking the modern state would have us overlook.

The idea is that when the government creates a program and implements it, they produce something that we see. Frequently, always if you believe Bastiat, the secondary effects, the things we don’t see, cost more than the benefit provided by the program.

“In the economic sphere, an act, a habit, an institution, a law produces not only one effect, but a series of effects. Of these effects, the first alone is immediate; it appears simultaneously with its cause; it is seen. The other effects emerge only subsequently; they are not seen. There is only one difference between a good economist and a bad one: the bad economist confines himself to the visible effect; the good economist takes into account both the effect that can be seen and those which must be foreseen.”

The first element of the essay is the Parable of the Broken Window. In this story, a shop window is broken by a vandal. The part seen is that the shopowner replaces it, and the window supplier is paid for his work. What we see is a win for the economy because there was an extra transaction. What we don’t see, indeed cannot see, is what the shopowner would have done with the money had he not needed to replace the window. Before the vandal’s efforts, the shopowner had a good window and some money he had set aside for some future purchases. Now he has only the window, so he is out the value of the future transaction. The glazier is up the amount the shopowner intended to spend in the future, so if his use is at least as valuable in the future, there is no economic loss across the whole system, but no gain either.

The analysis concludes that the economy cannot be up overall in this transaction despite the immediate activity seeming to lead to that conclusion. What we see is emphasized and the long cost is ignored. If the “seen” part meant anything as a boost to the economy, would it not then make sense to break all the windows? Probably not.

The same argument can be made for taxation.

Does the government spending our money create an advantage, a loss, or neither? It seems to matter what the government spends the money on. There may be some programs that provide more value than they cost, but those would be exceptions in the big picture.

There are two things to consider.

There are few programs in the government that would be answered yes to both.

The CBC. No to both. I used to like it, particularly Radio Canada, but no more. It has become a propaganda organ.

How about Canada’s vaunted healthcare system as compared to its OECD peers. Did it fare well? It did not come close to comparing well. The government’s share of the cost per capita is among the 3 highest, None of its performance metrics are better than 11th out of 28. Several are in the bottom five. Canada has 20 administrative persons for each one in the German system even though the population of Germany is more than double.

Canada 20, Germany 1 sounds like the score in a 1956 world hockey championship game. Gold medal for inept to Canada.

I think most Canadians would agree to start the medicare system again, and none would we recommend we do it the same way it is now. The incentives are misplaced.

Will climate change pass the seen versus unseen test?

Maybe, if you could quantify things other than those with an economic cost. The current thought looking at the economy in isolation is that by 2100 each dollar we spend will add 3 cents worth of economic value. There is no technology that exists that would do what people think they can do by 2035. I’m thinking maybe wait a bit, at least until something that might work comes along.

Another study found the cost to do what is proposed is around $6,000 per person per year.  The same survey found people, on average, were willing to spend a little less than $200 each per year. When the discrepancy is 30 to 1 there should be some thought added before money changes hands. Follow the money to see who wins in this game.

I don’t see the people lining up to proceed. Maybe propaganda can overcome the difference.

The bits to takeaway

Always look for secondary and later effects. They are always there. Ask more questions. Demand that policymakers show the reasons for the decisions. Do not accept expert opinion alone as a reason. Experts can show their work if they want to. Sometimes it might even be right.

Sometimes politicians tell the truth. YOu can recall President Obama saying that under his fossil fuel management program, “electricity costs will necessarily skyrocket.” He was then, and remains now, right. What are the benefits we get from this trade? What are they worth? How can we know? 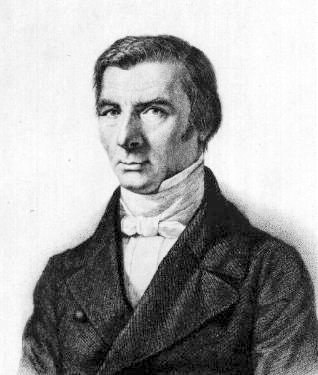 “When plunder becomes a way of life for a group of men in a society, over the course of time, they create for themselves a legal system that authorizes it and a moral code that glorifies it.”  ― Frédéric Bastiat

Bastiat is a hard read because of the 170-year-old language structures and because it was translated from French. Still worth a look. The Mises Institute provides an English version at no cost to you. That Which Is Seen.

I build strategic, fact-based estate and income plans. The plans identify alternate ways to achieve spending and estate distribution goals. In the past, I have been a planner with a large insurance, employee benefits, and investment agency, a partner in a large international public accounting firm, CEO of a software startup, a partner in an energy management system importer, and briefly in the restaurant business. I have appeared on more than 100 television shows on financial planning and business matters. I have presented to organizations as varied as the Canadian Bar Association, The Ontario Institute of Chartered Accountants, The Ontario Ministry of Agriculture and Food, and Banks – from CIBC to the Federal Business Development Bank.

← Paying Attention To Inflation
We Are Victims By Our Own Choice →